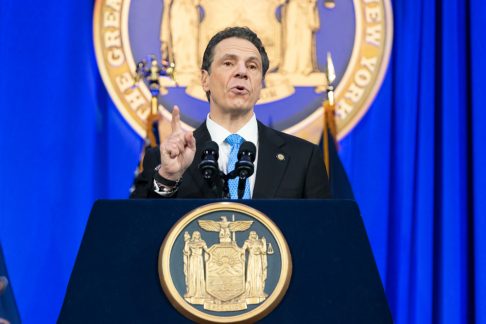 At the end of last month, Governor Cuomo announced the passing of a $175 million budget for the 2020 financial year. Of the provisions of the budget are three major criminal justice reforms for the state. The reforms include, eliminating bail in certain cases, offering more protections to criminal defendants before trial, and expanded efforts to ensure speedy trials.

The budget’s bail reform is maybe the most obvious change for criminal defendants. Cash bail is the norm across the country but lawmakers in New York have been concerned about the number of people who have been stuck behind bars simply because they could not afford bail. The change in the law would still allow for a judge to set cash bail in certain cases, specifically Class A felonies and violent felonies.

The general rules for judges deciding bail requires the judge to consider the defendant’s record, charges being faced, flight risk, and other factors. Judges will still have the discretion to decide if bail should be set but now they will have to consider whether demanding the defendant to post bail will impose an undue hardship as well as whether the defendant would even be able to obtain a bond.

Instead of bail, judges will be able to release defendants under other conditions such as electronic monitoring.

The justice system is one that is designed to avoid surprises. Both parties to a litigation are entitled to see the other party’s hand before trial so to speak. In New York, however, there is no deadline for providing discovery documents before trial. Defense attorneys have cried foul at prosecutors who wait until the day before trial to hand over what evidence will be used against their clients but there is no real recourse for defendants.

State law now requires discovery materials, including written and recorded statements, name and addresses of witness, transcripts, expert opinions, recordings, and photos, be made available to the defense within 15 days after arraignment. Prosecutors may have an additional 30 days if there are circumstances that limit their ability to provide the information in time.

The defense will also have to provide their own discovery materials within 30 days of the prosecutions compliance. Crucially, defendants will also be able to review the prosecutor’s evidence before they decide whether to plead guilty or not.

The right to a speedy trial is guaranteed by the constitution but seldom are there actual mechanism to force a case to move ahead. With court congestion and long delays before trial affecting nearly everyone that enters the justice system, the budget passed by legislature would try to hurry things a long for criminal defendants.

Currently, misdemeanors must be disposed of in three months and felonies in six months. However, deadlines are missed regularly since there are various procedures that can extend or prolong a deadline. The new law allows judges to decide whether a prosecutor is ready to go to trial or not. If a judge finds that a prosecutor is not ready then their statement of readiness will be rejected. This is due to a common practice by prosecutors who would claim they were ready only to claim they were unready afterwards to extend the deadline.

District attorneys in the state are of course opposed to the new reforms. Many prosecutors have called the new reforms unrealistic and unworkable. Others have claimed that they make communities less safe by allowing criminals back on the streets quicker. We must wait until the reforms are implemented in January 2020 to see how the changes in New York court rooms effect New York streets.